My favourite singer is John Cena. He’s a famous rap singer from Massachusetts in the USA. He’s awesome.
His motto is “Never give up” and he works as a wrestler in WWE.


My favourite John Cena’s song is “The time is now” 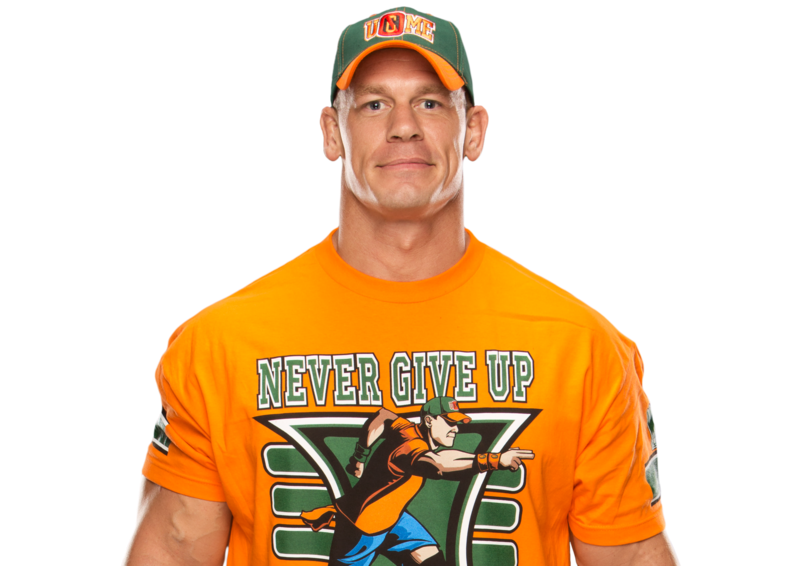 My favourite band is MARAMA.It is a famous cumbia-pop band from Montevideo in Uruguay. It's awesome.

The band is seven people. Their names are Agustin Casanova,Marcos Ifran, Alejandro Vazquez,Pablo Arnoleti,Agustin Darte,Daniel Muller  and Matias Besson. They are all from South America and they are famous all over the world,especially in Uruguay,Argentina and Chile. My favourite MARAMA 's songs are 'Te amo y odio', 'No te vayas', 'Tal vez' and 'Volverte a ver' 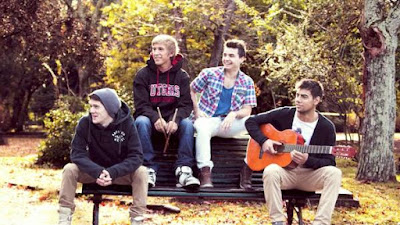 My favourite bands are Rombai and Marama.
They’re famous Cumbia/Pop bands from Montevideo, in Uruguay. They’re awesome.
Both bands are from South America. The members of the bands are: Camila Rajchman (Rombai), Fernando Vazques (Rombai) and Agustin Casanova (Marama).
They’re famous all over America, especially in Uruguay and Argentina.


My favourite songs are “Adiós” (Rombai) and “Nena” (Marama).

My name is Felipe, I'm 10 years old and my favourite band is Aerosmith.

Aerosmith is a rock and roll band from the U.S.A.

Australia is one of the most beautiful countries all over the world, and the 6th biggest country in the Earth, although being an island. The capital city is Canberra, located in the southeast of the country. However the most important city in the country is Sydney, because of his history and the culture. The city of Melbourne follows in importance. That produces that a lot of tourists come to the country every year. It has about 23 million inhabitants and 7.500.000 km2. Australia has a large variety of climates in his territory, like the equatorial, tropical, subtropical, desert, grassland and temperate. Australia is divided in six state: New South Wales (NSW), Queensland (QLD), South Australia (SA), Tasmania (TAS), Victoria (VIC) and Western Australia (WA) (and two major mainland territories) the Australian Capital Territory (ACT) and the Northern Territory (NT). Australia is a constitutional monarchy with a federal division of powers. The Great Barrier Reef, the world's largest coral reef, lies a short distance off the north-east coast, which attract tourists to the country. Other important touristic points are the Uluru (also known as Ayers Rock), the famous sandstone monolith; the Great Victoria deserts. Australia is also best known for his huge waves, which bring round some surfers to the country. However one of the typical touristic point is the Sydney Opera house, one of the most recognize all over the world. Although most of Australia is semi-arid or desert, it includes a diverse range of habitats from alpine heaths to tropical rainforests, and is recognised as a mega-diverse country. Australia is best known for his animals like the koala, the kangaroo or the wallabies. 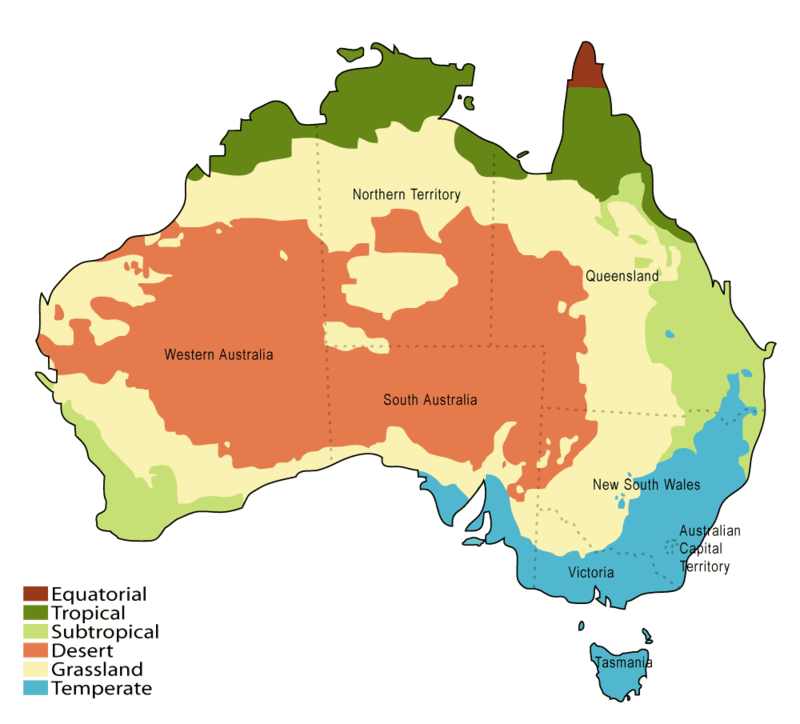 English is the language most spoken in Australia; more than the 80% of the population speaks it. The Australians don’t have a defined religion, a quarter of the population don’t practise any religion. But the other parts of the population practise all kind of religions like Roman Catholic or Anglican, which are the most common. Australia is located in the 4th position according to life expectancy (79 for male and 84 for females). The traditional sports in Australia are cricket, hockey, netball and rugby; Australia has won several achieves in this sports. 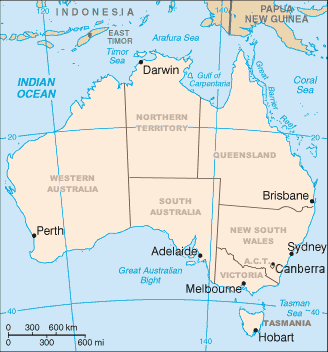 The Republic of Poland (Rzeczpospolita Polska) is a country in Central Europe and is a unitary state divided into 16 administrative subdivisions which capital and largest city is Warsaw located in the center of the country. Poland is one of the largest countries in Central Europe, bordering Russia, Lithuania, Belarus, Ukraine, Slovakia, the Czech Republic and Germany. Its official language is Polish but there are regional divisions that have other languages which are: Kashubian, Belarusian, Lithuanian and German. Poland is a peaceful country and a democracy with a president as a head of the state who is Bronisław Komorowski.
Map of the country:

Important natural places
The number of Poland Lakes and Rivers are one of the highest in the world and they are shattered all over the country but the lakes or the closed water bodies are mainly concentrated in the Lakelands of Masurian and Pomeranian Lake District.
There are almost 10,000 Lakes in Poland and they cover an area of 2.5 acres each which the largest are Lake Sniardwy, Lake Mamry in Masuria, Lake Lebsko and Lake Drawsko in Pomerania. Poland is also gifted with a large number of mountain Lakes and Morskie Oko is the most dominant in the area. Lake Hancza has the greatest depth of all the Lakes in Poland and located in the Wigry Lake District. Lakes in Poland are an integral part of their history and culture. It was on the Island of Lakes the Polish ancestors built their first fortress.
This is a map that shows the connection of the lakes and rivers in the northeastern of Poland. 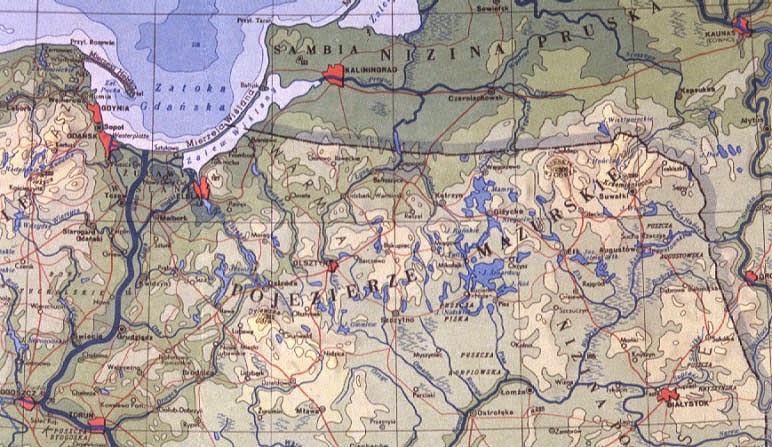 Mountains
There are also several mountain ranges in Poland, located mainly in the Southern part of the country. They are, from West to East, the Sudeten (Sudety), Beskidy, Tatras (Tatry), Gorce, Pienins (Pieniny), and the Bieszczady Mountains. North of Beskidy Mountains is the Gory Swietokrzyskie range. Most of these mountain ranges don't rise to more than above sea level. The Tatra Mountains are the only exception, with their highest peak being Rysy, rising to above sea level.

The highest peaks of particular mountain groups are:
·         Sudeten Mountains - Sniezka (1,602 m)
·         Beskidy Mountains - Babia Gora (1,723 m)
·         Tatra Mountains - Rysy (2,499 m)
·         Gorce - Turbacz (1,310 m)
·         Pienins - Wysokie Skalki (1,050 m)
·         Bieszczady - Tarnica (1,346 m)
·         Swietokrzyskie Hills - Lysica (612 m)
Weather
It is incredibly strange how weather can be highly unpredictable and varied in Poland. The summertime can be really hot, though usually temperatures are around 20-25 °C and the best time to take a holiday here is August, which is generally sunny and very warm with some hot days. Winters can be really cold, with the chance of snow from November till March. During the autumn and spring the weather is often changeable – you are likely to enjoy moderately warm temperatures from April to June and from September to October, but it is also possible to see snow in April or people wearing short-sleeves in October. Anyway, many people consider the spring and autumn to be the most beautiful seasons to visit Poland.
Society
The people that live in Poland aren’t really different in aspects or nationalities but there are ethnic groups of people who come from the neighbor countries.
The figures say that 94% of people living there are Polish, 0.9% is Silesian, 0.08% is Belarusian, 0.07% is german, other 0.07% is Ukrainian and the last 0.04% is Kashubian. There’s a rest of 7.2% that are from other nationality.
Religion
In Poland religion often means “Catholicism”. About 90% of Poles are Roman Catholics, although this number may be overestimated as the statistics often include people who were baptized Catholic, even if they later abandoned the Church but they make the most significant religious group and Catholicism is a subject studied at school even though it’s not obligatory.
Of course there are other religions like Christian, Orthodox Christians, Armenians, Old-Believers, Evangelical Reformed, Evangelical Augsburg, Evangelical Methodist, Seventh-Day Adventists, Pentecostals, and Jehovah’s Witnesses.
Music


Artists from Poland, including famous composers like Chopin or Penderecki and traditional, regionalized folk musicians, created a diverse music scene and even they have their own music genre such as poezja śpiewana and disco polo. Traditional Polish folk music has had a major effect on the works of many well-known Polish composers, and no more so than on Fryderyk Chopin, a widely recognized national hero of the arts whose works involve the piano and are technically demanding, emphasizing nuance and expressive depth. As a great composer, Chopin invented the musical form known as the instrumental ballade and made major innovations to the piano sonata, mazurka, waltz, nocturne, polonaise, étude, impromptu and prélude, he was also the composer of a number of polonaises. The link shows a famous Chopin’s Sonata: https://www.youtube.com/watch?v=0MOAmODp_O8